Anthropology in Corporate and Business Careers

Many corporations look explicitly for anthropologists, recognizing the utility of their perspective on a corporate team, or working in market research.

Cathleen Crain of LTG Associates, a Washington, D.C.-­‐based consulting firm, says "Adding an anthropologist to a research team is like moving from black-­‐and-­‐white TV to color. We're able to observe shades of color that others can't see. Anthropologists understand complexity and can help devise answers that reflect that complexity."

Many state and local government organizations look for anthropologically trained employees for a range of different jobs. Forensic anthropologists, for example, work with city police departments (or the F.B.I.) to help investigate and solve crimes by identifying mysterious or unknown remains.

Other state and local government agencies use anthropologists in planning, research and managerial capacities. Archeological anthropologists are often employed in contract archaeology, which is a fast-growing occupation with state and federal legislative mandates to assess cultural resources affected by government-funded projects of all kinds.

Anthropology in Non-Profit and Community-Based Careers

Non-­Governmental organizations, such as international health organizations and development banks employ anthropologists to help design and implement a wide variety of their programs. Nathalie Nahas, for example, is one of our recent graduates who worked for an international development organization and travelled to Lebanon and many other places in and out of the Middle East for her work.

Many other anthropologists work in local, community-­‐based settings for non-­‐profit agencies. Sometimes, they work through community‐based research organizations like the Institute for Community Research. Others work for established organizations in a community like the YMCA, local schools, or environmental organizations. 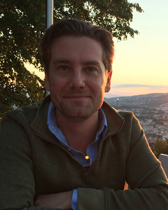 We are pleased that some of our undergraduate majors are so taken by anthropology that they continue on to PhD graduate work and end up teaching and doing research in academic anthropology at colleges and universities around Virginia, around the United States, and around the world.  Many of those who pursue academic careers in anthropology teach in departments of anthropology, of course, but not all! A number of academic anthropologists find careers in such diverse departments and programs as Ethnic Studies, Cultural Studies, Area Studies, Linguistics, Ecology, and Neural Science.  Others, especially those trained in the burgeoning field of medical anthropology find homes in Schools of Medicine or Public Health. Still others, especially those specializing in linguistic anthropology, teach in Schools of Education, etc.

Recent graduates of our department's PhD program now teach at:

News Stories about the Life-Altering Work of Anthropologists

We invite you to browse some of these stories about anthropologists and their work in diverse fields from corporate banking to cell-phone design!

For lots more information on jobs and careers for anthropologically trained individuals, see these websites:

Prospects: What Can I Do With My Degree in Anthropology?